Kyuhyun says "had about 20% chance to live" 3 years ago 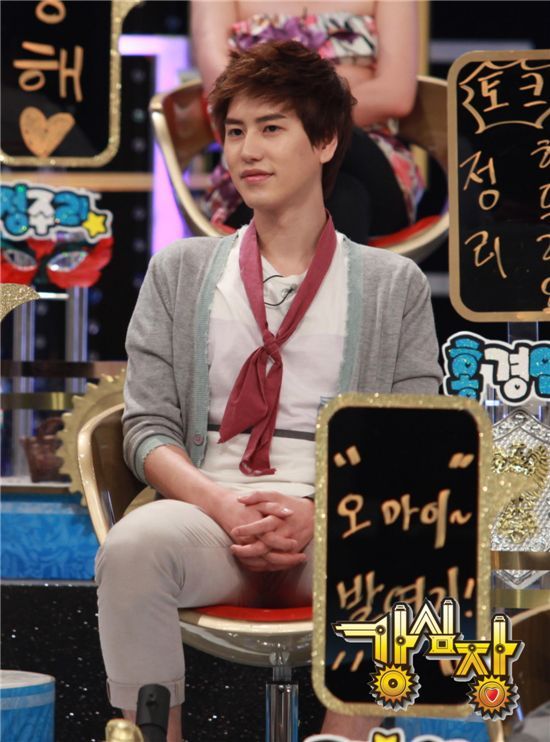 Super Junior member Kyuhyun has said that he had "about 20 percent or less of a chance to live" when he got involved in a serious car accident three years ago.

"The car that Super Junior members were riding in rolled over on the road and I was hurt very badly", said Kyuhyun on the show. "I was in a coma for four days... Everyone thought that I was going to die".

"I was in such a critical condition that the doctor said I needed immediate surgery", the singer went onto say. "But even if I underwent a major operation which would cut through my throat, I had about 20 percent or less chance to live".

The pop idol shed tears when he explained that his father, who had long disapproved of his dream of becoming a singer, was reluctant to agree to the surgery.

He told the doctor, "This kid is a singer and it is his dream to sing... Even if he survives the surgery he would not be living [if unable to sing afterwards]".

Eventually, the doctor was able to think of another operation method which recovered Kyuhyun from the car accident.

Kyuhyun, 24, is one of the four lead vocalists of the 13-man band Super Junior and also a member of its sub-group Super Junior-M. He also released his solo single "Listen To You", which was featured on the soundtrack of hit TV series "Pasta" (MBC, 2010) earlier this year.

"Kyuhyun says "had about 20% chance to live" 3 years ago"
by HanCinema is licensed under a Creative Commons Attribution-Share Alike 3.0 Unported License.
Based on a work from this source