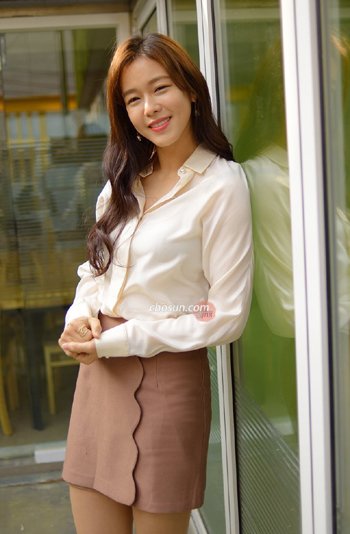 Her perfect portrayal of an elite gymnast under severe pressure to maintain her No. 1 spot has catapulted her into the spotlight.

Kyeong spent more than six months preparing for the role, practicing with actual rhythmic gymnasts and living as they do, even maintaining a low-salt diet.

"I walked for three hours every morning, and for another three to four hours in the evening. I even developed 'six-pack' abs".

In the soap, Kyeong tried to shed some light on the insular -- if outwardly flamboyant -- life of a sports star.

"[Through my role] I wanted to say that rhythmic gymnastics is not all about glamour. Actors are supposed to represent someone else's life, and become the character. I wanted to do it properly. Once shooting started, there was no time to rehearse, so the preparation process was indispensable", she said.

"It also allowed me to reflect on my own accomplishments. Looking at the young athletes practicing every day, I asked myself whether I had really given my all in life", she added.

There are two types of actors -- those who develop their talent gradually, and those who enjoy sudden popularity but cannot maintain the momentum.

Kyeong is one of the former, and viewers are already looking forward to seeing what she makes of her next role.