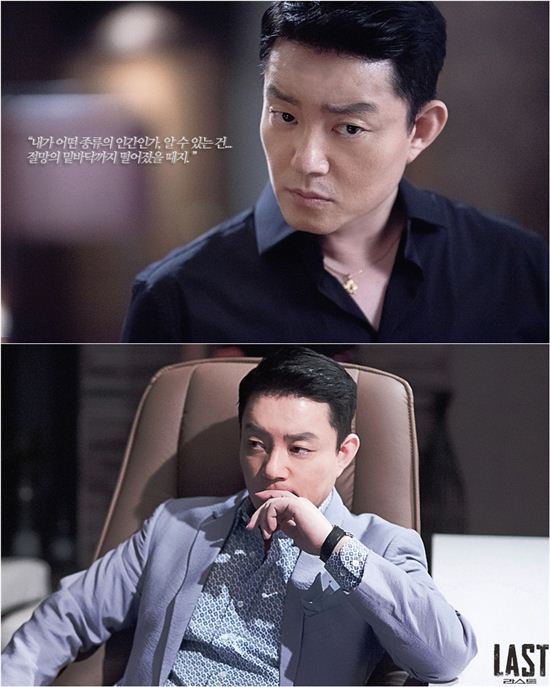 Stills of Lee Beom-soo have been revealed.

Lee Beom-soo who is starring in the new JTBC drama "Last" plays the role of Gwak Heung-sam who rules the underworld.

He is a cold-blooded human being who has the underworld economy in his hands.

Lee Beom-soo in the pictures overpowers everyone with his sharp eyes and poker face. He brings out the color of his character well.

Not only that, Lee Beom-soo has become the perfect Gwak Heung-sam with style and aura.

Lee Beom-soo has been sure to care about every single detail of Gwak Heung-sam from gesture to speaking.

Meanwhile, "Last", based on a popular web-toon by Kang Hyeon-gyu, is an action noir about men's fight for power.

"Last" will be broadcasted in July.

""Last" Lee Beom-soo's overpowering eyes"
by HanCinema is licensed under a Creative Commons Attribution-Share Alike 3.0 Unported License.
Based on a work from this source