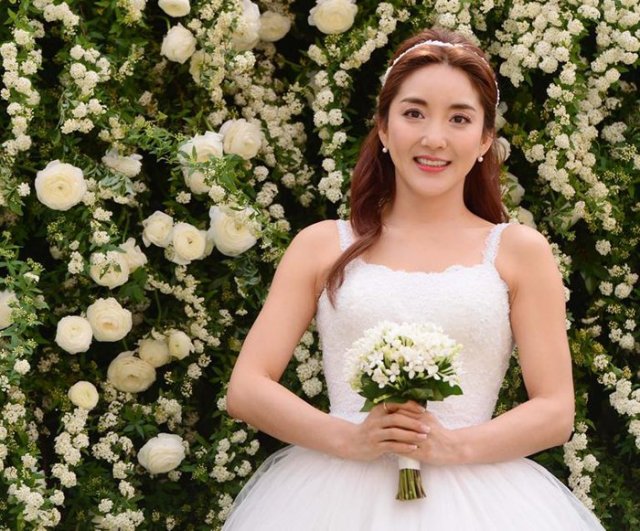 Bada of girl group SES tied the knot with a businessman nine years her junior at a Catholic church in central Seoul on Thursday.

"He popped the question while we were scuba diving. I was a bit distracted at the time, as we were about to be submerged. Maybe he thought it would be harder for me to reject him that way", she recalled.

Bandmates Eugene and Yoo Soo-young, who are both married, attended the wedding as bridesmaids. "Here's hoping she has a daughter blessed with her mother's vocal talent", Eugene said.

Bada debuted as the lead singer of SES in 1997. When the group disbanded in 2002, she began a career as an actress in musicals.

The trio recently reunited, releasing an album and staging concerts. "Eugene and Yoo Soo-young always look happy with their children", Bada said. "I want to work on having a baby as soon as my work commitments for the summer are out of the way".