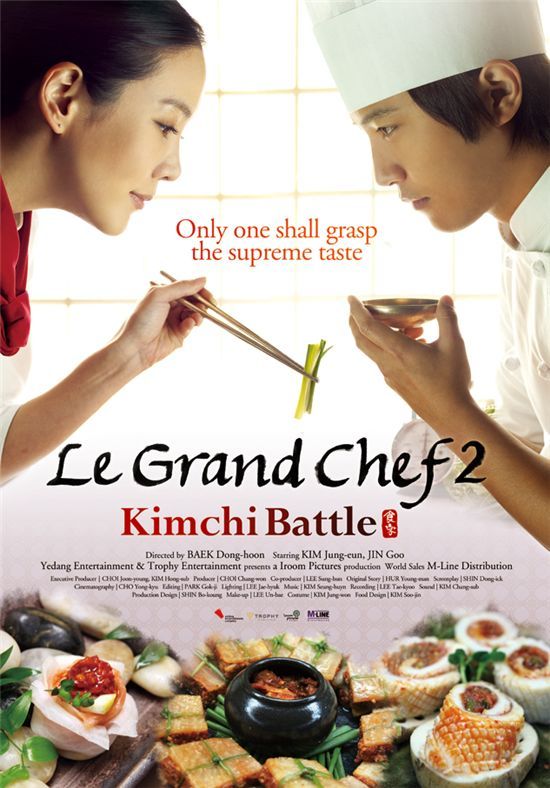 "The reason we have chosen this film to open at the festival is that kimchi represents the specialty of the country and the feelings and sensitivity of a Korean", an official with the Korean Film Festival in Los Angeles (KOFFLA) explained through a press release on Thursday.

A premiere event will also be held for "Kimchi Battle" and the film will be shown at the Egyptian Theater during the fest to be held from March 4 to 7.

KOFFLA, launched by the official Korean Film Council in 2007, is led by festival director Chung Chang-hwa. He is a world-renowned Korean action filmmaker who helmed film "Five Fingers of Death", the first Korean movie to reach No. 1 on the U.S. box office in 1972.

"Kimchi Battle" is based on the popular comic series by artist Huh Young-man that stars Korean actors Jin Goo and Kim Jung-eun as two chefs competing in a kimchi competition.

The picture is set to be released in Korea on Friday and will also be shown in movie theaters throughout the U.S. starting next month.