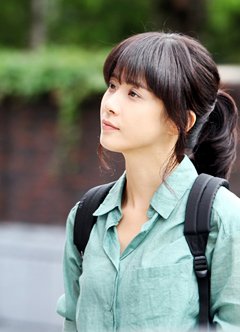 "I used to stick to more peace-loving and easygoing roles, but I thought it was about time to show people that I can also perform well as tougher characters, and so far so good", she said. The drama started airing a few weeks ago, already attracting favorable viewer ratings.

In it, Lee plays the role of a woman who is angry at her father, whose gambling addiction led to her mother's death, yet she struggles to keep the family together and make ends meet.

"Playing the role requires a greater depth of emotion than any of my previous roles, which usually leaves me drained after the day's shoot ends, but I also feel a greater sense of achievement", said Lee.

Lee, who majored in Korean literature at Seoul Women's University, originally dreamed of becoming a news presenter. She was one of 15 finalists in MBC's annual recruitment drive in 2002, but she fell at the final hurdle.

"I had never thought of becoming an actress until that point", Lee recalled. That same year, she debuted in showbiz as a model for a commercial.

"I still have a lot of admiration for TV presenters", Lee said. "But I tend to be very positive, so I consoled myself with the thought that, if I got the job, I would have had to dress formally every day, which would have felt very stuffy".

Lee said it took her a long time to feel comfortable in front of the camera, adding that she has only got to grips with this nagging anxiety in recent years.

"Sometimes I feel suffocated if I worry too much about what other people think of me. It's also difficult due to all the exposure you get as an actress, which limits what you can do in your personal life. But now I'm very grateful to have this great job", she said.

"I belatedly realized just how fun it can be. I want to be remembered as an actress who is always trying something new".