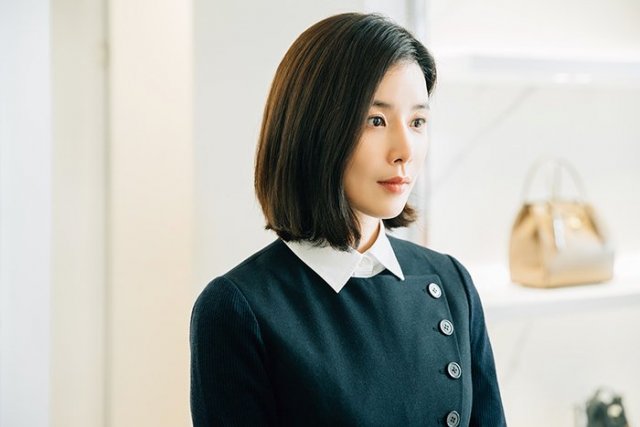 Actress Lee Bo-young concluded her journey in the tvN drama "Mother - Drama" last week. The series drew its curtain on March 15 after 16 episodes on Wednesdays and Thursdays.

Based on a 2010 Japanese drama of the same title, the drama is about a young single teacher who abducts an abused girl to become her mother. The Korean version had a different ending where Lee's character adopts the girl, while in the Japanese original, the mother is arrested and separates from the girl.

"I'm happy with the ending although I felt bittersweet as I wrapped it up", Lee said.

"While shooting the drama, I really felt that everyone should have a mother", she said. "For children who don't have one, we all should work to care for them in society as a whole so that they can feel looked after sufficiently".

A mother herself, Lee drew upon her own experiences while preparing for her role. "My life has revolved around my daughter, not me", Lee said, since she gave birth in 2015. She married fellow actor Ji Sung in 2013.

She also said marriage and childbirth widened the range of emotions she could express.

Looking ahead, Lee said that she is looking for a change of pace.

"There aren't that many roles that an actress my age can do in the current market", she said. "I want to do something more light-hearted next time, but if there is something dark that seems worth doing, then I will go for it".

"Lee Bo-young Reflects on Role as Mother"
by HanCinema is licensed under a Creative Commons Attribution-Share Alike 3.0 Unported License.
Based on a work from this source