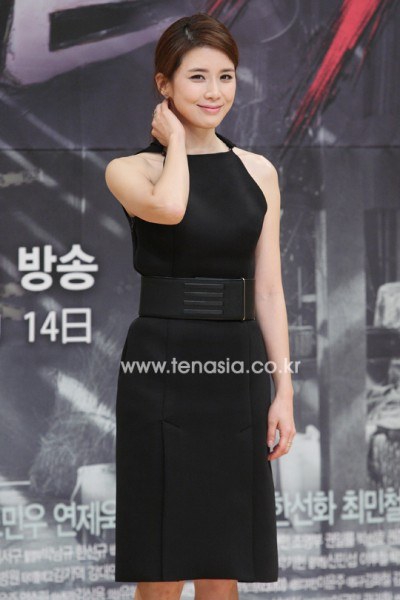 Lee Bo-young has an air of composure.

The press conference for the new SBS drama "God's Gift - 14 Days" was held on the 27th in Seoul.

This drama is her first piece of work since her marriage to actor Ji Sung and her latest dramas "I Hear Your Voice" and "My Daughter Seo-yeong". As successful as those two dramas were, returning to the scene will put some pressure on her.

However, Lee Bo-young seemed very composed. She said, "I don't expect high results. MBC "Empress Qi" is already settled in well and March is not the best season for dramas. I just hope for us to have fun and I'm sure there's a small number of people who will support this genre. Cho Seung-woo agrees with me and we think this is a fresh, experimental drama".

The reason she chose this drama was because of the subject and character. She appears as a mother and she's never tried that before. She's worried how she will express motherly love when she hasn't had a baby of her own yet. However, this role of a mother is keen on making her child the ideal type. She feels that she can be a stranger to this motherly-feeling and create her own "Mother" persona.

Lee Bo-young said, "I consider the character as the most important aspect when I choose a drama. I think about what kind of message this person can deliver. The character I will be playing this time has a story of her own and I think I can make the best of it".

"God's Gift - 14 Days" is based on time travel as a mother travels in time to save her daughter. The legendary detective in this drama plays mind games with the kidnapper and strong action scenes will be involved from the beginning. To be aired on the 3rd.

"Lee Bo-young returns"
by HanCinema is licensed under a Creative Commons Attribution-Share Alike 3.0 Unported License.
Based on a work from this source