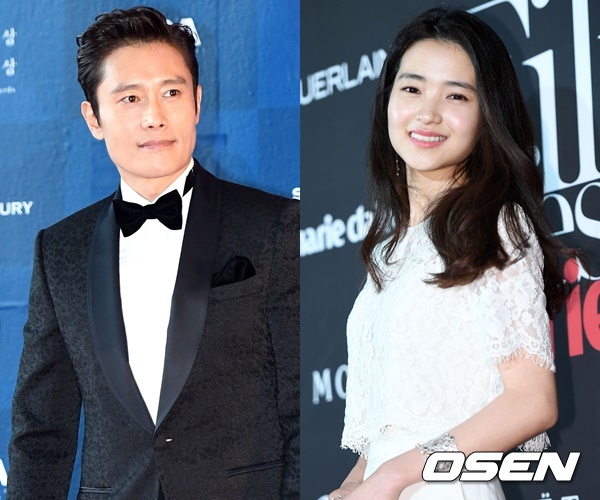 South Korea's most wanted scriptwriter Kim Eun-sook ("Goblin", "Descendants of the Sun" etc.) is writing a new drama called "Mr. Sunshine". According to her, this piece have been an on-going project for her since long ago.

Last May, she announced the story line, which is about a soldier with timeline of 1900-1905. The solider boarded a battleship as a boy back in 1871, and was abandoned in USA. As the boy grew up as an US solider, he returns to Joseon, the country that deserted him. During his stay, he falls in love with a young noblewoman.

Last month, the production announced the official cast of the main character. The solider will be played by actor Lee Byung-hun. Though the actor was active in the movie screens, it's been 9 years since "IRIS" for Lee Byung-hun to play in a drama, and the fans are excited to see him in the TV screen.

With much anticipation, the production announced the cast for the main heroin on July 6th, which is actress Kim Tae-ri. The production was satisfied by the acting she have shown in the movie "The Handmaiden" and the actress was selected to play the role of the young noblewoman.

They commented that the actress gave a huge impression and was curious about her. Scriptwriter Kim Eun-sook did not have any opposition in selecting Kim Tae-ri as the main heroin when it was proposed. This will be a great opportunity for this young actress since this role comes with a heavy responsibility. Her character is not just a regular young woman, but the last noblewoman of the bloodline of Go family; the spiritual anchor of Joseon era in 1900's.

This will be actress Kim Tae-ri's first drama and the comments are booming with much curiosity and approval. As for the Lee Byung-hun & Kim Tae-ri couple, many people commented that 20 years of age difference is a bit too much but it is certainly interesting to see these two together.

The drama will be aired beginning of 2018.