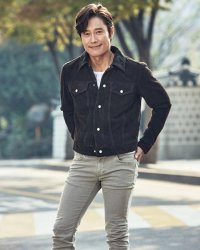 Korean wave star Lee Byung-hun is currently filming scenes in his Hollywood debut, G.I. Joe, an adaptation of the popular action-hero comic book series. LEE will play Storm Shadow, a ninja with a dark past who joins the G.I. Joe team.

The plot, like the comic, centers on an elite military unit of highly trained recruits, each with his own specialty skill. In the film they take on an evil and powerful criminal syndicate led by Cobra, a notorious arms dealer. LEE's character, Storm Shadow, is well known to readers of the comic and was even spun-off into its own series.

The big-budget feature is a Paramount Pictures production and is directed by Stephen Sommers whose previous films include Van Helsing, The Mummy Returns, and The Jungle Book. The film also stars Channing Tatum, Rachel Nichols, and Dennis Quaid. It is slated for release in the summer of 2009.

LEE is a popular star at home and all across Asia. He has starred in films such as "Once in a Summer" (2006), Kim Jee-woon's "A Bittersweet Life" (2005) and KIM's present project, "The Good, the Bad, the Weird", which is this year's most highly anticipated Korean film. LEE is also starring in a France-US co-production called "I Come With the Rain", by Vietnamese director Tran Anh Hung.

"Lee Byung-hun Commences Hollywood Action Film"
by HanCinema is licensed under a Creative Commons Attribution-Share Alike 3.0 Unported License.
Based on a work from this source