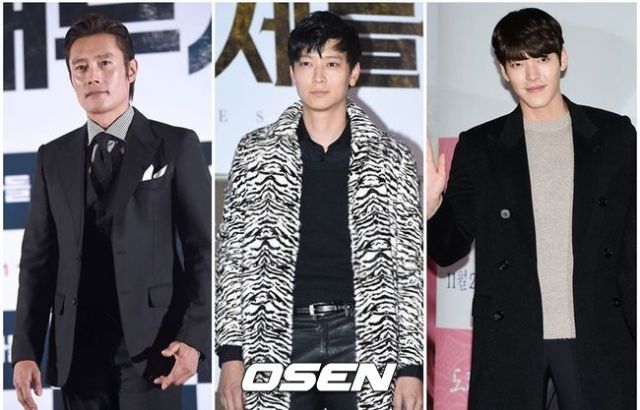 "Master" is produced by Cho Ui-seok who also created "Cold Eyes". The movie is about an intellectual crime investigation team and a notorious fraud surrounding the greatest case of fraud.

Lee Byung-hun plays Chairman Jin, a good speaker with a wide network who leads the case. Thanks to his outstanding performance in "Inside Men", Lee Byung-hun is going to stand in conflict with Gang Dong-won with his charisma.

Gang Dong-won plays Kim Jae-myeong, the team leader of the intellectual crime investigative team. He has meticulous ways and his intellectual but charismatic adventurousness helps him to stand against his enemies. This is Gang Dong-won's first detective role ever.

Kim Woo-bin takes on the role of Chairman Jin's brain Park Jang-goon who is born smart and has a wide span of networks. When the police narrow down on their investigation, he has a feud.

"Lee Byung-hun, Gang Dong-won and Kim Woo-bin to star in "Master""
by HanCinema is licensed under a Creative Commons Attribution-Share Alike 3.0 Unported License.
Based on a work from this source