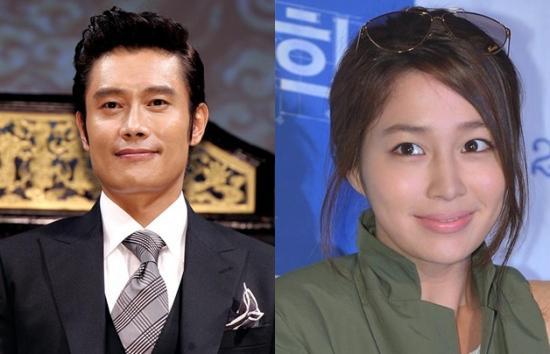 Media reported that Lee Byung-hun and Lee Min-jung were taking the first steps to get married as they had dinner with both parents. His agency claims, "It's just a birthday dinner and it's too soon to talk about marriage".

Lee Byung-hun returned from Montreal, Canada suddenly. According to a media on the 28th of September, Lee Byung-hun joined a dinner with his girlfriend Lee Min-jung and both of their parents in Seoul on the 26th.

This dinner was for Lee Min-jung's mother's birthday and the media that reported this speculated that they might've talked about marriage.

Lee Byung-hun's management BH Entertainment claimed, "It's true they had dinner with all of their parents but there was no talk about marriage. It's too early".

Meanwhile, Lee Byung-hun returned to Korea for promotional activities of "Masquerade" with only the agency knowing about it. Lee is going to attend stage appearances and the Busan IFF on the 4th and return to the making of "Red 2".

Lee Byung-hun and Lee Min-jung have opened up about their relationship and are being focused on as a lovely couple.

"Lee Byung-hun "It's just a birthday dinner""
by HanCinema is licensed under a Creative Commons Attribution-Share Alike 3.0 Unported License.
Based on a work from this source