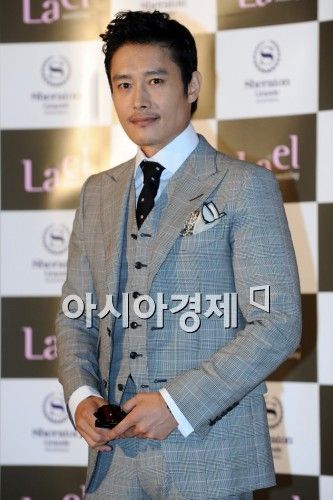 According to BH Entertainment, the Seoul Central Prosecutors' Office concluded that a civil suit, filed against Lee last December by a Canadian-American woman identified only by her last name Kwon, has been withdrawn.

The court made its decision based on its judgement that Kwon no longer intends to take legal action -- Kwon has not returned to Korea since leaving for Canada after suing the actor on December 8.

Her absence from the country has led to her missing two dates for pleading, on April 22 and May 20, and she has not requested for a new date of pleading thereafter. The court considers a case withdrawn if a request is not made within a month of a no-show.

Hence Lee has been freed from the six-month long legal turmoil -- according to law, all records relating to a case are scrapped when a civil suit is withdrawn.

A legal dispute between the two had fired up when Kwon lodged a complaint saying she was allured into having a sexual relationship with the actor on his false promises of marriage, asking to be paid 100 million won in physical and psychological damages.

Lee took counter legal action, suing the woman for libel and asking the police to investigate multiple threats that he had received regarding his relationship with Kwon.

Kwon had also reported to authorities that the actor had taken part in illegal baccarat gambling overseas but the court cleared the actor of the charges, saying there is no evidence Lee had been involved in habitual gambling overseas.

The court also indicted former baseball player turned TV personality Kang Byung-kyu for his alleged involvement in an assault case on the set of "IRIS" -- then starring Lee -- which he visited in mid-December over talk that Jeong Tae-won, chief of Taewon Entertainment and producer of the hit show, had spread false rumor that he was behind the feud between Lee and Kwon.

Kang has been standing trial ever since while also countersuing Lee who had charged him with defamation. This case too has been in a deadlock however, due to Kwon's absence from the country.

Lee, 39, has long been considered one of the most successful actors in Korea, appearing in numerous Korean dramas and films, including TV series "All In" and director Park Chan-wook's 2000 film "JSA - Joint Security Area".

He also debuted in Hollywood last year with a supporting role in "G.I. Joe: The Rise of Cobra" alongside Channing Tatum and Sienna Miller and starred in action thriller "I Come with the Rain" with Josh Hartnett and Takuya Kimura which also showed in theaters in 2009.

"Lee Byung-hun lawsuit withdrawn"
by HanCinema is licensed under a Creative Commons Attribution-Share Alike 3.0 Unported License.
Based on a work from this source