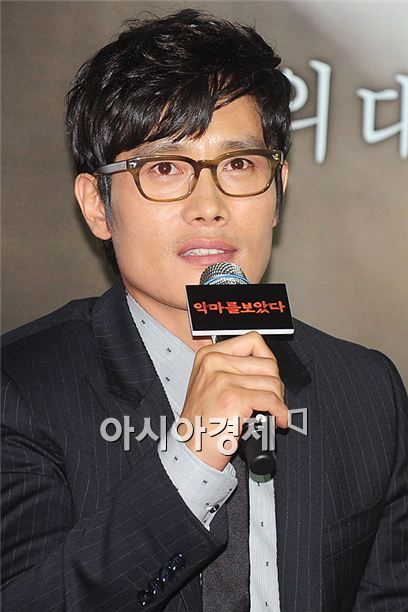 Top Korean actor Lee Byung-hun says filming for the sequel to Hollywood action flick "G.I. Joe: The Rise of the Cobra" is expected to start early next year.

"We were supposed to go into shoot around winter of this year but I had heard it would be delayed to summer of next year over problems with the scenario. But then I heard that the scenario is done so I think we'll start early next year but I'm not sure about this either", Lee explained.

The 40-year-old actor, long considered one of the most popular actors in Korea, made his Hollywood debut through the hit action figure pic from last year, playing the role of Storm Shadow opposite actors Channing Tatum and Sienna Miller.

"I Saw the Devil", about a secret agent (played by Lee) plotting revenge against a serial killer (Choi) who killed his fiancee, has been lauded one of the most anticipated films this year for the collaboration of filmmaker Kim of "The Good, the Bad, the Weird" and two of the country's top actors.

The revenge thriller opened in theaters today after three rounds of ratings reviews -- the film was slapped a restricted rating twice before it received approval for an 18+ rating.

In Korea, a restricted rating virtually bans a film from being screened since they can only be shown in special theaters only showing adult films but no such theaters exist in the country.

"Lee Byung-hun may shoot "G.I. Joe" sequel early next year"
by HanCinema is licensed under a Creative Commons Attribution-Share Alike 3.0 Unported License.
Based on a work from this source