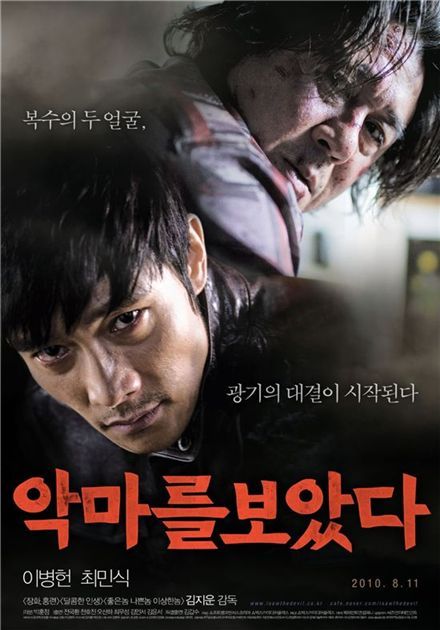 Official movie poster for "I Saw the Devil" [Showbox]

Official posters for film "I Saw the Devil" have been unveiled as the pic gears up for its summer box office debut next month.

With two of the country's top actors in the lead roles, the thriller pic is being lauded as one of the year's most anticipated movies.

Lee, 40, has long been considered one of the most popular actors in Korea with dozens of television dramas and films under his belt.

The actor enjoyed a particularly successful year in 2009, making his Hollywood debut in action flick "G.I. Joe" and co-starring with Josh Hartnett and Takuya Kimura in the film "I Come With The Rain".

"Lee Byung-hun pic "I Saw The Devil" to open August 11"
by HanCinema is licensed under a Creative Commons Attribution-Share Alike 3.0 Unported License.
Based on a work from this source