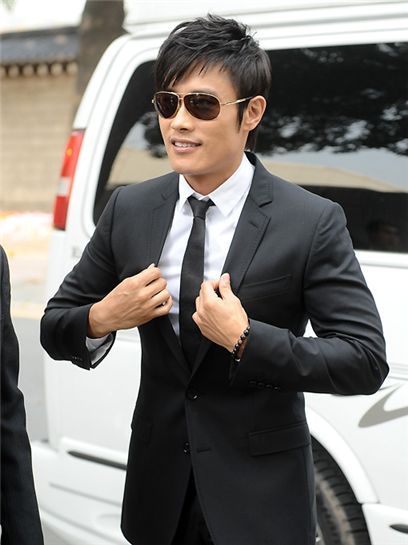 The verdict hearing for Hallyu star Lee Byung-hun and his ex-girlfriend is set to take place on February 18 at the Seoul Central District Court, although neither party is likely to attend the hearing as it will be a civil trial.

On December 8, a Korean-Canadian woman, identified by the last name Kwon had filed a lawsuit against the actor for allegedly alluring her into a sexual relationship on false promises of marriage. She asked to be paid KRW 100 million won in physical and psychological damages and also accused the actor of taking part in heavy gambling overseas.

Lee had taken counter legal action against Kwon as well, suing for libel, and posted a hand-written message on his official website about the incident.

The scandal further escalated when another Korean celebrity showed up at the set of "IRIS" -- which Lee was starring in at the time -- over talk that Jeong Tae-won, CEO of Taewon Entertainment and producer of the hit TV series, had spread false rumor that he was behind the feud between Lee and Kwon.

Kwon, who reportedly returned to her hometown in Canada toward the end of last year, is unable to be reached. According to some sources, however, Kwon has agreed to cooperate with the police investigation via email and the hearing will be held without her physical attendance.

Lee, 39, is one of South Korea's most successful actors who has appeared in numerous television dramas and films. He made his Hollywood debut last year in the action flick "G.I. Joe" and starred in Korea's major blockbuster drama "IRIS" for which he won the grand prize at the 2009 KBS Acting Awards.

"Lee Byung-hun's verdict hearing set for February"
by HanCinema is licensed under a Creative Commons Attribution-Share Alike 3.0 Unported License.
Based on a work from this source