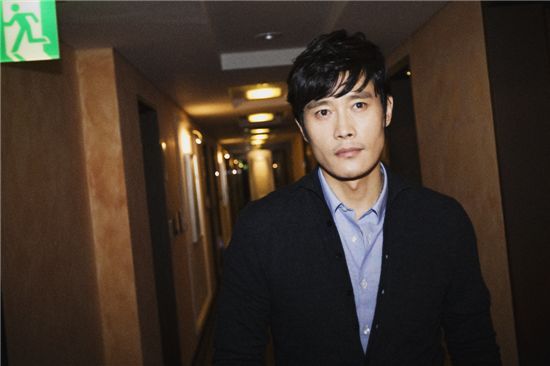 The latest movie "I Saw the Devil" is not this year's best picture. However, it is certain that "I Saw the Devil” is the year's most controversial picture. Throughout the movie there are many brutal scenes combined with director Kim Jee-woon's unique sense of humor, which has been receiving mixed reviews from the Korean film industry. Along with the results of the movie, one may wonder why actor Lee Byung-hun chose this project. Why would Lee, who has successfully made his debut into Hollywood, make a choice that is dangerous as a commercial film? 10Asia sat with Lee to ask him that question.


10: What is your thoughts on "I Saw the Devil?" I heard you were quite shocked after seeing the final production of the movie during the screening.
Lee Byung-hun (Lee): It's not to the point where I was shocked. (laugh) I did feel that it was different from when I had first read the scenario because the film doesn't reveal all of the cruelty and violence. I thought that this project was unlike any other revenge film and I felt this powerful strength from just reading the script. And then in the process of filming it, I thought, oh, this might turn out to be quite hardcore. I felt a bit burdened after the screening because I started to wonder how the audience had accepted the movie and I remembered the dark and serious atmosphere from set. I was in the waiting room with actor Choi Min-sik and director Kim after the screening and we didn't say a word to each other. Choi Min-sik said one thing to me though and it was "Hey, got a light?" (laugh)

10: How did you feel when the movie received a limited screening rating?
Lee: At first I thought someone was playing a joke but then I found out that it was true and I became curious about the movie from the audience's point-of-view. I was wondering how on earth the movie had turned out.

10: Choi Min-sik said that if he became more immersed in his role, he might have gone to prison. (laugh) How did you shake off your role? You had to do a lot of cruel things for this movie.
Lee: I didn't have any big problems with it. Every actor is different to some extent and I didn't really have any big problems other than the fact that my character's mannerisms would pop out from time to time. However, I still think about the movie a lot because of the lingering feeling I have from it. It's not because the film is cruel and violent but the feelings that I felt from it are still there even after I'm done shooting the movie. The hollowness and emptiness of wondering what had happened lasts for a long time. 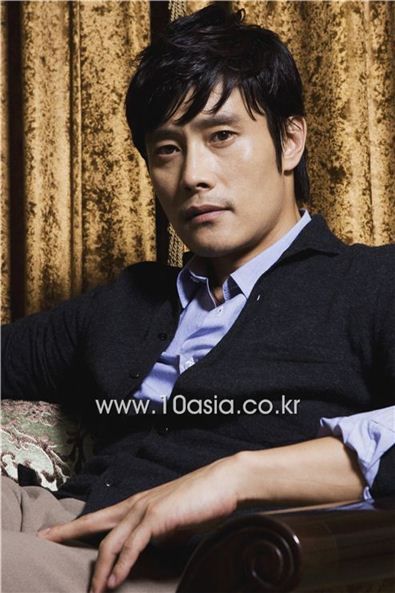 10: What was the reason in choosing a movie that gives you that empty feeling?
Lee: I think this is a movie that shows how a person loses a sense of who they are after losing the one they love. It seemed like the unexplainable emotions that my character Soo-hyeon felt could be worth being questioned by others and that is why the scenario was appealing to me. Any other film that is based on revenge gives a sense of satisfaction but this movie gives viewers the feeling that they are getting lost in a maze as the story develops. The audience will wonder what one gets out of revenge after looking at Soo-hyeon.

10: Soo-hyeon continuously seeks revenge on murderer Kyung-chul even though everyone around tries to stop him. Why do you think he does that?
Lee: People usually think they have to get revenge on those who have wronged them. But I think people's mannerisms change during the course of revenge. I feel this movie shows that through Soo-hyeon. A guy loses his financee who is killed in an extremely brutal way by a murderer. Everyone says that person should be ripped apart to death. Soo-hyeon also feels that he has the right to do so but in the process of seeking revenge he disrupts himself on the inside. "Devil" shows the entire details of a revenge and that is why the audience might be repulsed by it. I feel that Soo-hyeon shows why one must feel a thrill out of it but also why not.

10: You didn't have many lines but had to portray your character through slight changes to his facial expression or action. Was there anything in particular that you had to keep in mind for that?
Lee: I always thought that even in everyday life, there isn't much variety to a person's facial expressions. As for actors, it’s their job to show emotions on the outside and deliver it to the audience so I feel that they somewhat exaggerate those expressions. But with movies, even if you put on an expression which is not as strong as expressions you put on in everyday life, the emotion will be delivered just by showing that emotion. Because at those moments, our faces are shown through the extreme close-ups on the screen. I believe that if that big face contains an emotion, it'll be delivered. I think it's more important to maintain the energy in the movie rather than focusing on what expression to show. 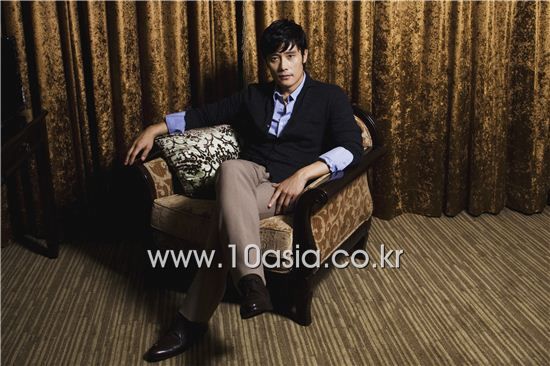 10: "IRIS", "I Saw the Devil", "The Good, the Bad, the Weird", and "G.I. Joe: The Rise of the Cobra" are full of action sequences. But they're all completely different in terms of atmosphere and style. Why do you keep choosing to take on these sort of movies?
Lee: I don’t have any specific reasons or plans. I'm the kind of person who decides on a project if I like what I read. But "G.I. Joe: The Rise of the Cobra" was a strategic choice. In the United States "G.I. Joe" was extremely popular among the public and I was told to just do it by many people. My agent in particular strongly suggested I do the movie. Advice that if I want to work on a Hollywood production, it is necessary to choose one like this played a big role. But I've selected other works entirely based on my emotions. I was in the highest state of confusion when I was working on "The Good, the Bad, the Weird", "I Come With the Rain" and "G.I. Joe". I separate my acting experience from before and after I starred in those movies. I used to put a lot of serious thought into choosing my next project before I starred in those movies but afterwards, I just throw myself into them. Now I'm more of a 'just do it' kind of guy.

10: How did that change come about?
Lee: I had a lot of concerns when I was filming "I Come With the Rain". I thought about it for a year because the production was delayed but I was also given the scenarios for both "G.I. Joe" and "The Good, the Bad, the Weird". I decided to work on "I Come With the Rain" at the time and I really wanted to do "The Good, the Bad, the Weird" too but it didn't fit my schedule. That is why I agreed to do the movie if they can work around my schedule and if I could star in the movie after I finished doing the first one. The director had agreed to it but it didn't happen. (laugh) I went back and forth between the sets for both movies so I ended up thinking I might as well just do "G.I. Joe" as well. (laugh) And I started wondering how many more years I have left to work passionately on various projects as an actor. It's better to do something and regret it later than regret not doing it at all. That is why I chose to do all three.

10: But those decisions saw great results.
Lee: Some people say that there's no question I'm an incredible strategist. (laugh) They say that it was great that I chose to do movies that were artistic and commercial at the same time. But I honestly chose those projects with the just do it attitude. So I think it all goes down to being lucky. There are important moments where actors have to make decisions and I think the result of those choices change the vibe that person gives off.

10: You are currently traveling several countries for your career. What are your goals for Hollywood?
Lee: First of all, I'm going to be working on the sequel for "G.I. Joe" which is scheduled to begin filming early next year. The industry there will then say this and that about me but I don't want to do a movie just because it's a Hollywood film. I know that I act the best in Korean and while I'm in Korea I will go abroad to shoot a movie if I am given a good opportunity. That is what I want to do.

10: What are you goals as an actor?
Lee: To become a trustworthy actor who seems to have some sort of other quality. I want to become an actor that people will want to see me in a movie just because I am in it even though they have no idea what it is about.

10: Wouldn't you say you have achieved that to an extent?
Lee: But "Devil" is just so violent. (laugh)

"Lee Byung-hun says "'I Saw the Devil' makes you think of what you get out of revenge""
by HanCinema is licensed under a Creative Commons Attribution-Share Alike 3.0 Unported License.
Based on a work from this source