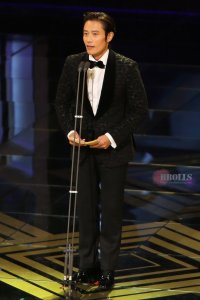 Actor Lee Byung-hun is being sued by a former female gymnast, who alleges he deceived her with false promises of marriage. The actor is planning a countersuit for libel.

According to the Seoul Central District Court, a 22-year-old Kwon with a Canadian passport filed a suit against Lee Tuesday demanding 100 million won in compensation on charges of deceit.

The alleged victim used to be a member of the Canadian national team and met Lee while he was on a promotion tour of "The Good, the Bad, the Weird", a movie in which he starred.

She said she had moved to Korea to be with him, but he suddenly broke contact with her.

BH entertainment ― Lees' agency ― said that several unidentified men had tried to blackmail the actor. "Lee and Kwon went out with each other between last autumn and this spring. Some men kept calling us asking for 2 billion won, threatening to distribute groundless rumors about their relationship", the company said in a press release.

Taewon Entertainment, the producer of "IRIS", also said it would take legal action on any rumors that libel the actor and its product.

"Lee Byung-hun Sued by Female Gymnast"
by HanCinema is licensed under a Creative Commons Attribution-Share Alike 3.0 Unported License.
Based on a work from this source