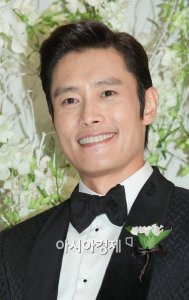 Top star Lee Byung-hun issued a press release on December 9 stating he had been threatened by unidentified people. In the press release, he requested an investigation.

The agency said Lee had requested an investigation because he had not done anything wrong and would take legal action for defamation. The agency's CEO, Sohn Seok-woo, added that the scandal broke out just when Lee was focused on shooting the TV drama "IRIS" and that the actor was determined to make a strong response because he was not guilty.

Lee's former girlfriend, identified only by her last name Kwon, sued Lee on December 8 but no further details were available.