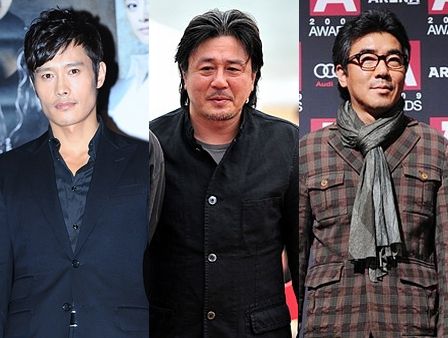 An official at BH explained that Lee is set to star in the film -- titled "I Saw the Devil" -- although the actor has not finished signing the contract as of yet.

Lee will play the role of a man who plots revenge against a psychopath killer, played by Choi, after his girlfriend gets murdered.

Kim has directed several notable films including "A Tale of Two Sisters" (2003) and the critically-acclaimed "The Good, the Bad, the Weird" (2008).

Lee, 39, has starred in numerous television dramas and films including Kim Jee-woon's "A Bittersweet Life" (2005) and "The Good, the Bad, the Weird". Choi has appeared in more than a dozen Korean movies, most notably "Old Boy"(2003) and "Sympathy for Lady Vengeance"(2005).

"Lee Byung-hun to star in Kim Jee-woon's thriller pic"
by HanCinema is licensed under a Creative Commons Attribution-Share Alike 3.0 Unported License.
Based on a work from this source