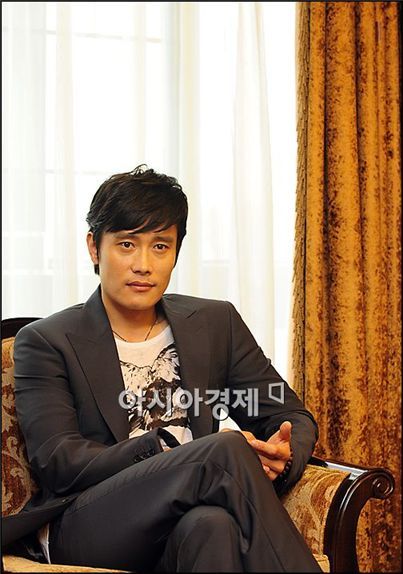 The 40-year-old actor was named the "Best Actor in Asia" at the Tokyo Drama Awards 2010 held at the Meiji Memorial Hall on October 25.

In early October, an official from the Tokyo Drama Awards had told Japanese reporters that this year's fest will present two new awards including the prize for 'Best Actor in Asia' which will go to Lee for his acting skills in hit Korean TV series "IRIS" and for many of his works recording high viewership ratings and being sold overseas.

"IRIS" itself won the award for top foreign project award. The show had raked in ratings of nearly 40 percent during its run in Korea late last year and also saw a successful run in Japan.

Lee, 40, is one of the most popular actors in Korea with scores of television dramas and films under his belt. He expanded his career into Hollywood last year, starring in action flick "G.I. Joe" and "I Come with the Rain".

He recently starred in the Korean thriller "I Saw the Devil" with actor Choi Min-sik, which has been sold to various countries such as France, England, Taiwan, Turkey and North America.

"Lee Byung-hun wins award at Japan drama festival "
by HanCinema is licensed under a Creative Commons Attribution-Share Alike 3.0 Unported License.
Based on a work from this source