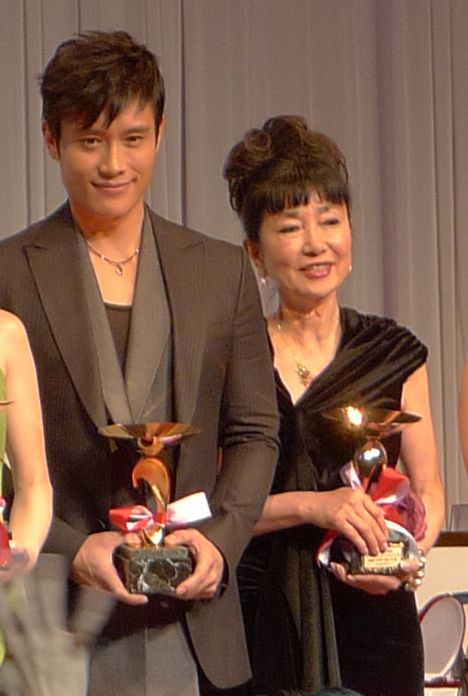 Hallyu star Lee Byung-hun has won an award for being the best jewellery wearer alongside Japan's First Lady at a jewellery event in Tokyo held Wednesday.

According to his agency BH Entertainment, the actor attended the opening ceremony of the International Jewellery Tokyo 2010 and jointly won a special award in the category with Miyuki Hatoyama.

Lee has won a string of awards since the end of last year, including the title for best style at the "2009 A-awards", a ceremony hosted by magazine Arena Homme Plus and auto brand Audi which recognizes stylish men, and the Asian Star award at the 2010 Asia Model Awards which acknowledged the actor for promoting Asian culture through his acting.

The actor is currently prepping for his next film -- a Kim Jee-woon pic also starring critically acclaimed actor Choi Min-sik. Lee is also set to star in the second installment for "G.I. Joe".

Lee, 39, is one of the most successful actors in Korea, who has appeared in numerous dramas and films since his debut in 1991.

"Lee Byung-hun wins best jewellery wearer award in Japan"
by HanCinema is licensed under a Creative Commons Attribution-Share Alike 3.0 Unported License.
Based on a work from this source