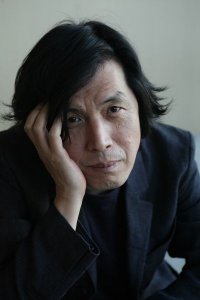 Director Lee Chang-dong started filming Secret Sunshine last September. The film is set for a release in the spring of 2007. Song Kang-ho and Jeon Do-yeon play the leading roles. SONG plays an owner of a car center who helps out a piano teacher played by JEON. LEE's last film was Oasis in 2002. LEE has been the minister of Culture and Tourism from 2002 until 2003 in ROH Moo-hyun's administration.

Director Lee Chang-dong directed three previous social and political critical films which immediately gained acclaim. His directorial debut was the drama Green Fish (1997) about a man who becomes involved with a criminal organization to help his family business. The film was awarded in Korea and internationally. His next feature Peppermint Candy dealt with Korea's tragic and violent modern history during the military dictatorships and the film also went on to win recognition and awards worldwide. "Oasis" (2002) would sweep four awards out of the five nominations at the 2002 Venice Film Festival, among other prizes. "Oasis" depicts a love story of two marginal figures in society.

Song Kang-ho is currently enjoying the unprecedented success of the film "The Host" in Korea. Director Bong Joon-ho's popular and acclaimed film is also an international film festival's favorite with reported sold-out screenings and pre-sales. Jeon Do-yeon was praised for her roles in the drama You are my Sunshine - one of the popular films of 2005 and My Mother, the Mermaid (2004).

"LEE Chang-dong Directs again after Four Years"
by HanCinema is licensed under a Creative Commons Attribution-Share Alike 3.0 Unported License.
Based on a work from this source