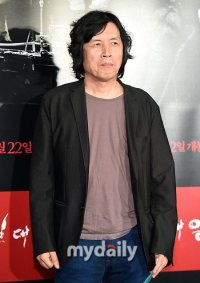 The most comprehensive retrospective yet of critically acclaimed Korean director Lee Chang-dong will be featured at the 22nd Fribourg International Film Festival running March 1- 8 in Switzerland. Along with the director's latest film, "Secret Sunshine", which won Jeon Do-yeon a Best Actress award at last year's Cannes Film Festival, Lee's three previous features will also screen. Additionally, two films directed by Park Kwang-soo, for which Lee penned the screenplays, will round out the program.

Lee's directing debut "Green Fish" (1997) was selected to screen in competition at the 38th Thessaloniki Film Festival, where he was celebrated as Korea's 'new hope'. Building on the critical success of "Green Fish", Lee wrote and directed a milestone in Korean cinema, "Peppermint Candy" (1999), a harrowing journey in reverse through 20 years of contemporary Korean history. His 2002 film "Oasis" won him the Best Director prize at Venice and brought actress Moon So-ri into the limelight with her Venice award for Best New Performance.

Lee, who began his career as a high school teacher and a novelist, entered filmmaking through his collaborations with director Park Kwang-soo the early '90's. Lee wrote the screenplays for Park's "To the Starry Island" (1993) and "A Single Spark" (1995), before being urged by his contemporaries to step into the directing chair.

"Lee Chang-Dong Tribute in Fribourg"
by HanCinema is licensed under a Creative Commons Attribution-Share Alike 3.0 Unported License.
Based on a work from this source