Lee Changmin of 2AM will be quite busy for the time being in his latest venture: a musical. 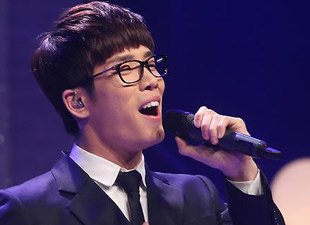 The balladeer has taken on the first musical of his career, "La Cage Aux Folles" (Korean title "La Cage"). Lee Changmin will be playing the role of Jean-Michel, along with Lee Tae-ri who shot to stardom through the drama "The Sun and the Moon".

Lee Changmin has gained popularity as the main vocalist of the popular ballad idol group 2AM and the other half to Lee Hyun in the duo group Homme. His unique and strong vocals will be a strong asset to the musical.

The 2AM member will be the first among his groupmates to take on a musical. A Big Hit Entertainment representative said, "He's currently spending all his time practicing day and night for the musical. It's hard to catch a glimpse of him".

"La Cage Aux Folles" is based on a 1973 play of the same name by Jean Poiret. The storyline focuses on a gay couple of Georges and Albin. The story gets complicated when Georges's son Jean-Michel brings home his fiancee's ultra-conservative parents to meet them.

"La Cage Aux Folles" will start its run at the LG Art Center in Yeoksam-dong of Seoul on July 4th.