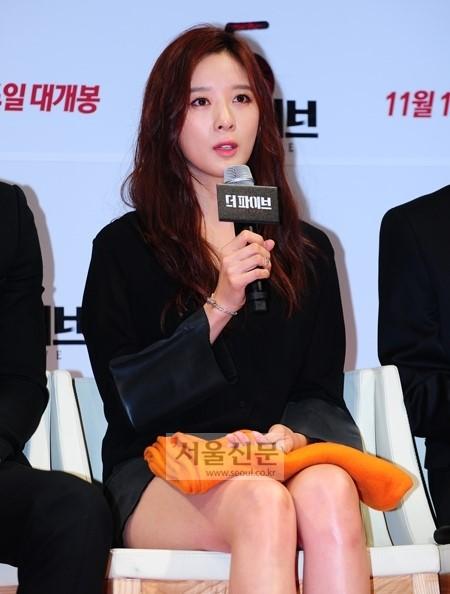 Actress Lee Chung-ah told stories of making the movie "The Five" at the production press conference.

Kim Sun-ah said, "Lee Chung-ah is the most cheerful person on set and we all envied her for being so pretty. She is a contrast to us who are dark and shady".

Lee Chung-ah said, "It was the final scene after my announcement with Lee Ki-woo but it was dark and the camera wasn't even on me".

Meanwhile, "The Five" is a movie about Eun-ah (Kim Sun-ah) who brutally watches a murderer take away her family, gathering five people to avenge their death. To be released on the 14th of November.

"Lee Chung-ah makes an appearance "
by HanCinema is licensed under a Creative Commons Attribution-Share Alike 3.0 Unported License.
Based on a work from this source