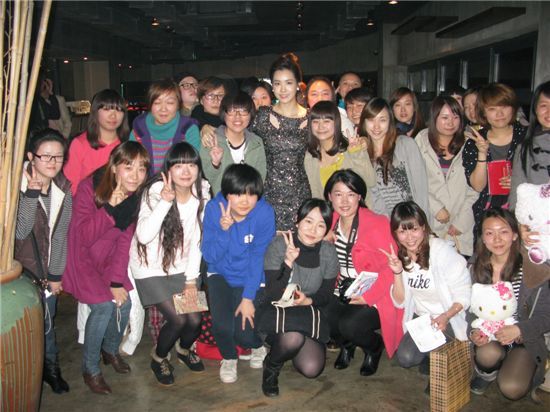 Korean actress Lee Da-hae met with her fans in China through a surprise meet-and-greet over the weekend, according to her agency DBM Entertainment on Wednesday.

DBM said Lee on Saturday arranged a last-minute fan meeting for some 300 of her fans who had unexpectedly gathered to see her at the 2010 China Fashion Awards (CFA) held in Beijing after setting the get-together through her official Weibo [China's version of Twitter] account.

Lee prepared the location for the sudden event, as well as signing autographs and preparing refreshments for her fans.

"It was great to meet the fans that I only kept in contact with through my Weibo site and it's interesting to see that I can set up an on-the-spot fan meeting just by using my social network service", Lee was quoted as saying, adding that she hoped fans had a good time during the event.

The 26-year-old actress was in the country for the annual CFA, held at the Shanghai World Expo on November 27, where she received the award for top Asian fashionista.

Lee made her debut in 2001 and starred in various dramas such as "Lotus Flower Fairy" and rose to stardom in Korea and throughout Asia with "My Girl".

She also played the lead female alongside Korean actors Jang Hyuk and Oh Ji-ho in the hit KBS historical drama "The Slave Hunters". 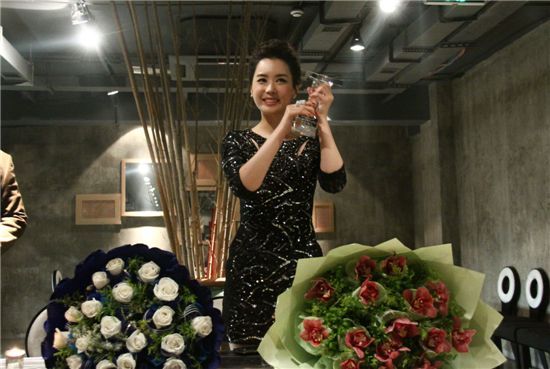 "Lee Da-hae holds surprise fan meeting for fans in China "
by HanCinema is licensed under a Creative Commons Attribution-Share Alike 3.0 Unported License.
Based on a work from this source