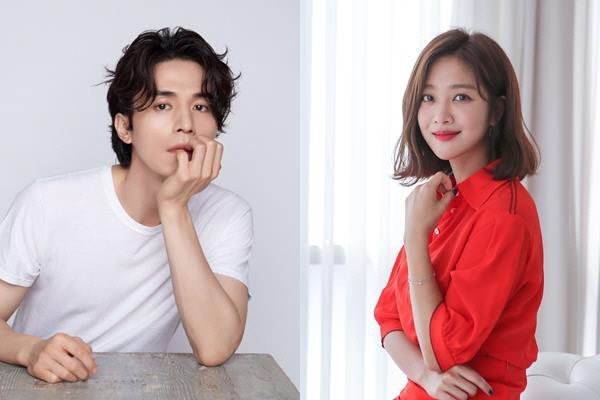 Actors Lee Dong-wook and Jo Bo-ah are meeting in a fantasy drama.

The new 2020 tvN drama "The Tale of a Gumiho" confirmed Lee Dong-wook and Jo Bo-ah as the leads.

"The Tale of a Gumiho" is an urban fantasy drama about a gumiho who settles into the city and a producer who is after it, written by Han Woo-ri and directed by Kang Sin-hyo.

The special thing about this drama is that the gumiho is a male, and not the typical female.

Lee Dong-wook, who garnered attention for his acting transformation into Seo Moon-jo in OCN's "Strangers from Hell", stars as the gumiho, Lee Yeon.

He used to be a mountain god who reigned over the Baekdu regions, but now he is a regular civil servant between this world and the other world, hiding under the name of Gwe-dam and cleaning up those who disturb the world.

He is a character with charm, brilliant intelligence, and outstanding athletic skills, but his self-righteous personality and overpressure cause issues.

Jo Bo-ah plays Nam Ji-ah, a producer who is in charge of a TV show called "City Legends". She's brave enough to jump into cults on her own and has a strong sense of competitiveness.

"The Tale of a Gumiho" begins next year.

"Lee Dong-wook and Jo Bo-ah Confirm Starring Roles in "The Tale of a Gumiho""
by HanCinema is licensed under a Creative Commons Attribution-Share Alike 3.0 Unported License.
Based on a work from this source