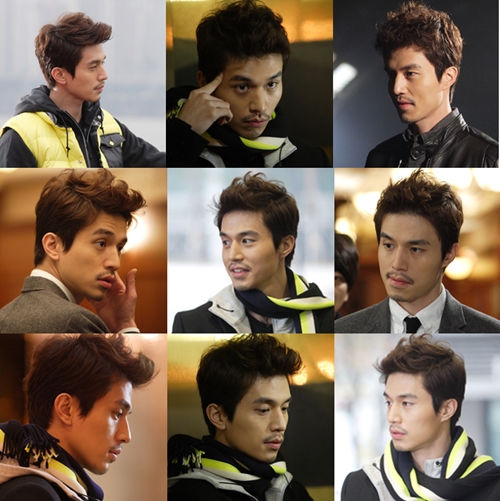 Actor Lee Dong-wook is about to shake women's hearts with his various expressions.

In the new KBS drama "Wild Romance", Lee Dong-wook is going to take on the role of Park Moo-yeol.

As the shortstop of the professional baseball team the Red Dreamers, he is bad tempered and the biggest trouble maker of the team.

In the steal cuts revealed, Lee Dong-wook looks like a real baseball player with the moustache and dark skin. His various expressions are adding to the liveliness of the character.

Meanwhile, "Wild Romance" is a romantic comedy drama about Eun-jae (Lee Si-young) who has to guard the life of baseball player Park Moo-yeol (Lee Dong-wook) who she would like to beat up if she had the chance. Coming soon on the 4th of January.

"Lee Dong-wook is a bad tempered baseball player"
by HanCinema is licensed under a Creative Commons Attribution-Share Alike 3.0 Unported License.
Based on a work from this source