Lee Dong-wook to Star in tvN's "Bad and Crazy" 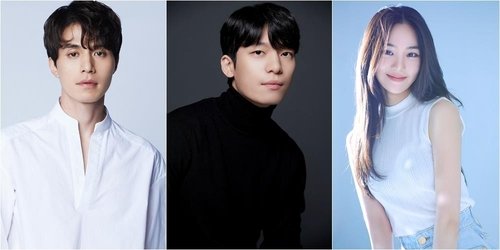 tvN announced on the 7th that actors Lee Dong-wook, Wi Ha-joon, and Han Ji-eun will appear in the Friday-Saturday drama "Bad and Crazy" which will air in December.

This work depicts the story of Soo-yeol, a competent but 'bad guy', meeting and experiencing a righteous 'crazy guy' K. Lee Dong-wook will play the senior inspector of the Muui Provincial Police Agency and Wi Ha-joon will play K. Han Ji-eun plays Hee-gyeom, the ex-girlfriend of Soo-yeol and the police officer of the investigation team drug unit.

"Bad and Crazy" is also the second original Korean work of global streaming platform iQiyi. Overseas, it will be streamed exclusively through iQ.com or iQiyi International mobile application.