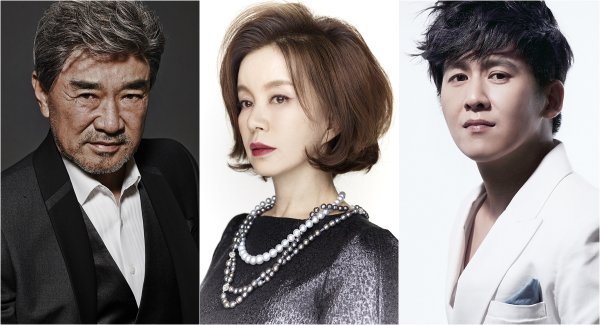 Anticipation for the drama rises as the three actors decide to get on board. Lee Deok-hwa takes on the role of Lee Soon-tae, a legend in the world of managers who Lee Gwang-jae (Cha Tae-hyun) looks up to like a father. He lives with Lee Ji-hoon (Kim Min-jae-I), Lee Gwang-jae and Hong Bo-hee (Yoon Son-ha). Their chemistry will be the center of the drama.

Im Ye-jin plays Cassie, Park Yeong-jae's (Hong Kyung-min) wife and a known woman of wealth. She is honest and bold and this time she stars in the drama as a strong and powerful woman.

Hong Kyung-min who usually appears natural and comical in movies and dramas, plays Park Yeong-jae, the owner of Star Punch where popular idol MJ (Cha Eun-woo) belongs to. He is the husband of Cassie and although she looks gentle on the outside, he is a man with passion and he will do anything to get what he wants. He also has a three way relationship with Lee Gwang-jae and Hong Bo-hee.

"The Best Hit" starts in May.

"Lee Deok-hwa, Im Ye-jin and Hong Kyung-min in "The Best Hit""
by HanCinema is licensed under a Creative Commons Attribution-Share Alike 3.0 Unported License.
Based on a work from this source