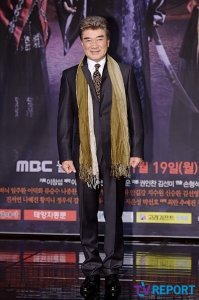 Lee Deok-hwa was named as the chairman of the steering committee of the 3rd Chungmuro International Film Festival in Seoul, the same position the actor held last year.

CHIFFS 2009 brings together over 250 films from 45 countries in major cinemas in the Chungmuro area, including Daehan Cinema, Myeongdong CGV, and Dongdaemun Megabox, from Aug. 24 to Sept. 1.

The opening ceremony is at the Sejong Center for the Performing Arts and the closing ceremony at the National Theater.