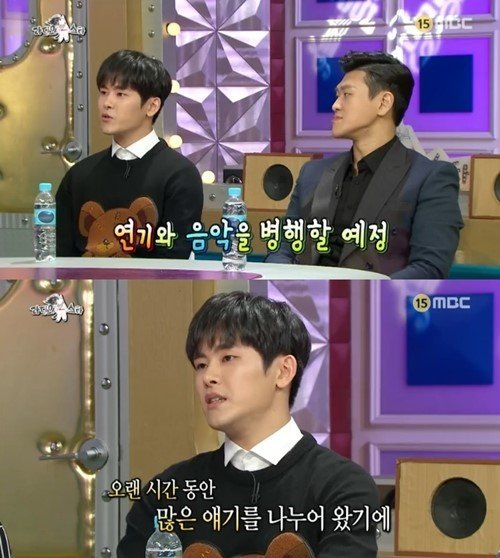 Singer and actor Lee Ho-won appeared on the MBC TV show "Radio Star" with fellow actors Shin Sung-rok, Son Dong-woon, and Kang Hong-seok from the musical "Hour Glass" and explained why he quit the group Infinite and switched agencies.

"It wasn't about the members convincing me to stay. We had talked a lot about many things so they knew what I was thinking. The company and I had different thoughts and ideas. My contract ended at the time so I decided to quit".

"I want to act, but when I was with Infinite, I didn't even know what style I wanted".

Kim Goo-ra said, "Last year when you starred on our show I recall you saying you couldn't imagine life without the group". Yoon Jong-sin said, "You have a small sense of imagination". Lee Ho-won laughed and replied, "I guess I lack creativity".

"Lee Ho-won Explains Why He Quit the K-pop Boy Band, Infinite "
by HanCinema is licensed under a Creative Commons Attribution-Share Alike 3.0 Unported License.
Based on a work from this source