Lee Honey in a bikini, showing off her tattoo 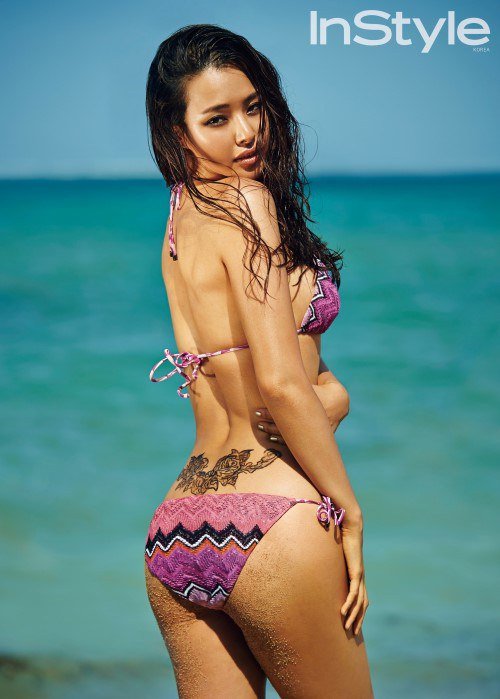 Lee Honey's picture taken a while back is in attention.

Lee Honey who stars in the new MBC drama "Shine or Go Crazy" as the prettiest princess in Koryeo, is the hottest issue with her bikini picture.

Lee Honey is gazing into the camera while wearing a bikini that shows her voluptuous hip and sexy tattoo on her lower back, making her look sexier.

She claimed to work out every day for three hours to make her lean body.

"Lee Honey in a bikini, showing off her tattoo"
by HanCinema is licensed under a Creative Commons Attribution-Share Alike 3.0 Unported License.
Based on a work from this source