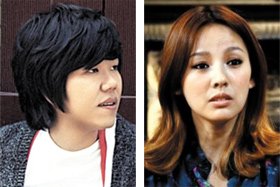 Singer Lee Hyori admitted on Thursday that she will marry guitarist Lee Sang-soon.

"We just thought that September would be a good time to do it, and we didn't even talk about our wedding plans with our parents", she wrote on her fan site. "We haven't prepared anything yet".

The K-pop singer posted the message one day after an online media outlet reported that the couple was preparing their wedding invitations.

"It's not the way I wanted to make my wedding announcement, but it has been abruptly revealed, so now I want to focus on preparing for my big day", she added.

The two have been dating since they collaborated on Lee Hyori's single album in July 2011, the proceeds of which went to support abandoned animals.