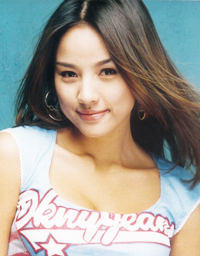 Iconic K-pop singer Lee Hyori, 32, is dating singer-songwriter Lee Sang-soon, 38. The two have been together for about five months.

They have known each other for about a year and started dating in June when Lee Sang-soon wrote the song "Remember" for Lee Hyori's talent donation project.

It is said that they both are interested in protecting abandoned animals and the mutual concern led them to date. Lee Hyori adopted a stray dog and named her Sun-sim, who often accompanies her.

Lee Hyori is one of the top female singers in Korea, once a member of now-disbanded girl group Fin.K.L. Her solo album "10 Minutes" was a big hit in 2003. She has a sexy image as a singer, but at the same time has an easy-going nature shown in variety shows such as "Happy Together" and "Family Outing".

Lee Sang-soon is a musician who debuted as a member of a three-person band Rollercoaster in 1999. He studied jazz guitar at the Conservatory of Amsterdam and released a project album "Verandah Project" with Kim Dong-ryul last year. He now hosts a radio show featuring world music on EBS.