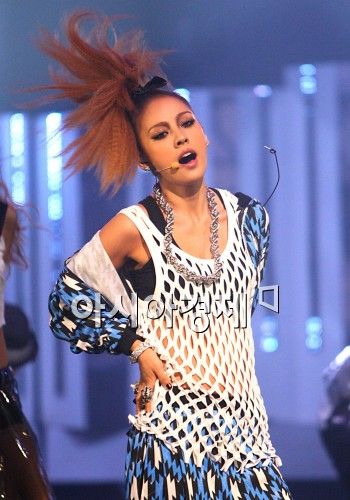 "Bahnus provided [Lee and Mnet Media] songs that were plagiarized", an official at Mnet Media told Asia Economic Daily over the phone on Thursday. "Today [July 1], we filed a criminal lawsuit against Bahnus Vaccuum for fraud and obstruction of work".

The official explained that Bahnus had committed fraud by providing plagiarized songs and obstructed the activities relating to Lee's record production and sales. He said that Mnet is currently trying to find the original foreign songwriter.

Lee had received a total of seven songs from a producer group named Bahnus Vacuum, known as a project group consisting of seven members, who initially denied the allegations by claiming the demos had been leaked by illegal means.

On June 20, however, the singer posted a message on her official fan cafe, admitting that several songs on the record were plagiarized and announced a break from all musical activities until the plagiarism controversy gets solved.

According to the Wikipedia entry for Lee, the songs that are reportedly accused of being plagiarized are; "I'm Back" (plagiarized from Canadian indie-singer Lil Precious' track "So Insane"); "Memory" (from British Trip-Hop group Second Person's track "The Alphabet Song"); "Feel the Same" (from Canadian indie-singer Melanie Durrant's "Feel the Same"); "Swing" (of which the melody resembles Greek composer Mikis Theodorakis' "To treno fegi stis ohto"); "Bring it Back" (from aspiring Canadian girl-group Cookie Couture's "Boy Bring it Back"); and "How Did We Get" (from Jason Derulo's "How Did We", which also sampled Annie Lennox's "No More I Love You's", which on its turn is a cover from the song with the same name by The Lover Speaks).

This is not the first time that Lee's music has been accused of plagiarism. In 2006, the song "Get Ya", the title track from her second solo album "Dark Angel", drew immediate controversy over having plagiarized U.S. pop star Britney Spears' hit tune "Do Something'."

Lee, 30, debuted in 1998 as a member of popular girl band Fin.K.L. and went solo after the group disbanded in 2002. She has released four studio albums as a solo artist, producing several hits including "10 Minutes", "Hey Girl" and "U-Go-Girl".

The singer was enjoying a comeback to the music scene with "H-Logic", which was released on April 15. The title single "Chitty Chitty Bang Bang" swept various K-pop music charts over the past few months.

"Lee Hyori's agency sues Bahnus Vacuum"
by HanCinema is licensed under a Creative Commons Attribution-Share Alike 3.0 Unported License.
Based on a work from this source