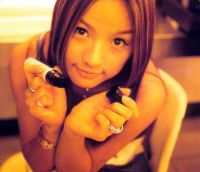 Sensation over six of singer Lee Hyori's songs, apparently plagiarized by Bahnus, is about to snowball as more singers and industry insiders claim to have been duped by the composer.

Bahnus, the leader of the seven-member composers' group Bahnus Vacuum, faces a string of lawsuits that extend to his management and team members. The looming legal battles are expected to be the largest in K-pop history.

On Wednesday, Chang, the management director of Bahnus Vacuum, said he had found a "statement of regret" written by Bahnus, whose real name is Lee Jae-young, on Lee's computer hard disc. The letter was, surprisingly, not for Lee Hyori but for a relatively unknown singer Lee Hyun, written two years ago.

Lee Hyun, who sang "Jajonshim" (pride) written by Bahnus in 2008, received complaints from another composer Kim just a few days after the song was released. Kim claimed the rhythm, melody and lyrics were identical to his creation.

When Lee Hyun asked Bahnus for an explanation, he promised to drop his name from the credits and pay a refund for the song.

"Had I seen the letter before, if I had known that Bahnus was a conman, I would never have started the company to support young talented composers", Chang said. The businessman is planning to sue Bahnus for fraud.

The case emerged when Lee Hyori admitted on her website Sunday that six of her songs in the album "H-Logic" were "borrowed" from other singers.

The songs were all credited to Bahnus Vacuum. The songwriter initially told the enraged singer that the demo tape of the songs suffered premature exposure. Lee said she would wrap up all the promotion and will compensate those whose copyrights have been violated.

The K-pop diva's agency Mnet Media said it has contacted the copyright holder of two of the six problematic songs and also plans to sue the songwriter this week for fraud.
If convicted, Lee Jae-young, could be subject to up to three years imprisonment or fined up to 30 million won ($26,000).

Some suggest that it is time singers and their management take more responsibility for plagiarism in show biz.

Over the past several years, those who were "revealed to have been heavily inspired by others", tried to cover up the case by withdrawing the song release and paying the copyright holder and giving credits as "co-writer". Singers Lee Seung-chul, Lee Seung-gi and ironically Lee Hyori, too, had been accused of such in the past and returned with new albums in no time.

However, pop music fans are calling for deeper admonishment. Back in the 1990s, singers who were exposed to have copied other people's creations had to endure criticism and a certain period of time under the media radar to properly express their regret to the public.

In 1995, Lee Sang-min-IV, leader of then-most popular dance group Roo'Ra, attempted suicide after one of the songs in the group's newly released album turned out to be heavily inspired by a Japanese song.

Singer Kim Min-jong, in 1996, one of Korea's most popular singers at the time, announced his retirement after his smash-hit song turned out to have been a copy of another Japanese song. He made a comeback two years after staying "silent and remorseful".

"I think more people are becoming insensitive to plagiarism and its severity. But plagiarism harms the singer and the local entertainment industry. We need a tighter screening system and above all, willingness to root out the illegality", blogger Blackmusel said. "We should also watch over them".

"Lee Hyori's plagiarism scandal snowballs"
by HanCinema is licensed under a Creative Commons Attribution-Share Alike 3.0 Unported License.
Based on a work from this source