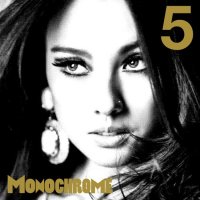 So, it came as no surprise to many when Calvin Klein Jeans picked sexy fashion icon Lee Hyori as its first ever model for Asia. Her ads for Calvin Klein Jeans will be released this month. Judging from the initial photographs, the ads will show an edgy but more sensual side of Lee.

Wearing black jeans that showed off her famous curves and a fitted tank top, Lee performed three new songs from her digital album. She opened with a romantic ballad "Chansori" (Nagging) and followed it with a mid-tempo tune, "Don't Love Her". However, it was her sizzling dance moves for "Toc Toc Toc" that had crowd up on their feet.

Lee told the crowd that she was happy to be the new model for Calvin Klein Jeans. Around 1,000 people, including celebrities such as Lee Ki-woo, Kim Gyu-ri and some members of Super Junior, attended the party.

Lee recently signed a six-month contract to be the Asian model for the Pure Muse line of the Pure Calvin collection. The new line of Pure Muse jeans has a distinct vintage feel and features a painted omega logo on its back pockets.

Calvin Klein Jeans Korea chose Lee, who is one of the most sought-after stars for commercials, as its model because of her "sexy, modern and fresh image". Lee has charisma that appeals to both men and women.

However, Lee seems to be "Chansori", wearing a virginal white gown, in contrast to the more revealing costumes she She is also giving acting another try with a new drama to be shown on music cable channel Mnet. The drama "If in Love... Like Them" features Lee as a struggling singer torn between two men, played by actors Lee Dong-gun and Jung Joon-ho.

Although Lee is popular as a commercial model, her music career last year was affected by allegations that her song "Get Ya" plagiarized Britney Spears' hit song "Do Something".

Lee joins the growing list of top models, actors and musicians that have been picked to appear in ads for Calvin Klein Jeans. Past Calvin Klein models include Kate Moss, Christy Turlington, Ashton Kutcher, Mischa Barton, Lindsay Lohan and Moby.

Calvin Klein Underwear also unveiled its spring/summer line during Wednesday's party. Male and female models, clad in white Calvin Klein Underwear, lounged around in an all-white "peep room". Guests could take a look from the outside at the models through holes in the walls.

"Lee Hyori Sizzles in Calvin Klein"
by HanCinema is licensed under a Creative Commons Attribution-Share Alike 3.0 Unported License.
Based on a work from this source