Lee Hyun: 'I Achieved My Dream as Vocalist' 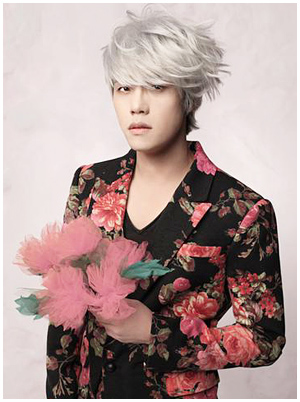 Lee Hyun (29), who released his first official album entitled "The Healing Eco" six years after his debut, expressed his feelings, "I achieved my dream as a vocalist. I released my own album, and my song ranked atop the music chart. I still cannot believe that these good things are happening to me". He has continuously released new songs as a member of the mixed group "8Eight" and the project group "Homme" and as a solo singer, and he finally released his own official album that showcases his every competency as a singer on January 2. The title of the album is "The Healing Eco", and it conveys his thought of delivering consoling songs for people who are tired from their tough lives. The title sounds very appropriate for his nickname, "representative emotional vocal". 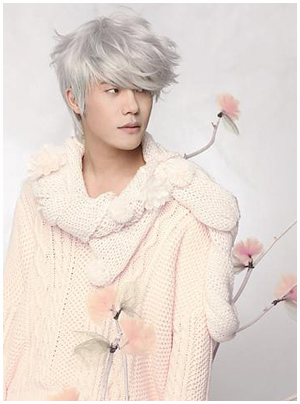 Lee Hyun, who came to Uljilo to give an interview, said, "I have focused on presenting various genre songs including hip hop and dance music up to now with my previous mini albums, but this time, I only focused on ballads, which I can do best, and I tried to widen my scope of vocals in this new album instead. I wanted to present diverse feelings from different songs while keeping the overall atmosphere calm and quiet, so I tried to diversify my vocals". "The Healing Eco" includes a total of nine love songs including the title song "Because It's You". And he picked up acoustic mix songs, "You Suit Me Well" and "Although You Said So", as his favorite songs in the album. He explained, "I sang the song 'You Suit Me Well' with a very light tone, which I have not tried before, and I practiced very much to show that I can sing this kind of song with very light vocalization. The song "Although You Said So" was released last year as a single with a strong hip hop sound, and it has been arranged as a very emotional song again. I like this song after the arrangement because it contains more emotional feelings".

Lee Hyun took pleasure with this new album as his song ranked atop the music chart on the first day of album release by defeating singer IU, who has been ranked atop the chart for the past month. He said, "I could not sleep the day before my album was released. I was tossing and turning before I fell asleep at dawn and I got many phone calls from my friends who told me that my song ranked atop the chart. I was bewildered at getting this news in my sleep, but I was definitely very glad. My friends sent me the picture of the chart and I thought that this day finally came to me, but the moment did not last long as other new songs were continuously released on the very next day (laugh)". 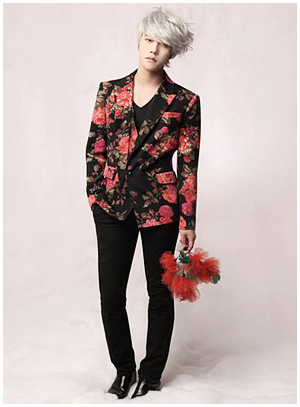 Lee Hyun had wanted to become an athlete before he met the star composer Bang Si Hyuk. He said, "I liked to sing, but I liked sports very much. I wanted to become a basketball player when I was young, but I gradually became one of the ordinary students who have the motto 'study hard' when I was a middle school and high school student (laugh)". But he came to have the dream of becoming a singer again after listening to Wheesung's first album. Lee said, "When I was studying one more year to enter university, I used to listen to soul music. One day when I listened to Wheesung's songs, I was very shocked by the fact that a Korean could sing this kind of soul music. I was completely addicted to his album and I began to sing". Lee Hyun had worked as a guide vocalist to help produce other singers' albums and he met his "eternal teacher" and producer Bang Si Hyuk in 2003. He practiced several years as a trainee before he finally debuted as a member of the group 8Eight in 2007. It was right after he won the competition at MBC's "Show Survival". Lee Hyun said, "My voice changed very much compared to the time when I first began to sing. My voice was just very 'deep', but the weakness of my voice could be improved thanks to Bang Si Hyuk. I could express only deep and heavy feelings before, but now I can express any light feelings with a lighter vocal tone". He has worked with Bang Si Hyuk since his debut until he released his own album. Asked about his relations with Bang Si Hyuk, he answered, "As people already know, Bang is a very delicate person different from his appearance. He is actually afraid of an artist (laugh). When I asked him to talk for a while, he usually hesitates with the concern that I might complain about something (laugh). He is a very strict teacher for trainees, but he never points out problems for singers who have basic capability. I used to feel sad that he was indifferent to me when I did not know his character, but actually it was like a sign saying, 'I trust you'. One day he told me that he just let me do whatever I wanted because he trusted me. After I heard his comment, I was glad, but I felt pressure at the same time because I had to take responsibility for my album". 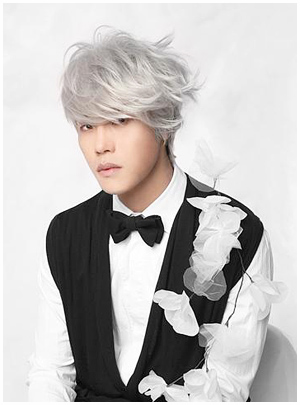 Lee Hyun reportedly wants to become a singer who is not left behind the music trend. He said, "You might think that I do not have my own philosophy, but I do not want to become a singer who does not know what other people like. I think that singers can find meaning when they are loved by people. I want to follow the trend of vocals. So I always keep my eye on the music chart from home and abroad to see what kind of songs are popular. I do not have acquired ability as a vocalist, so I am very greedy about presenting my own voice (laugh)".

Lee Hyun will hold a solo concert next month to commemorate his album release. He revealed that he will not hold activities as a member of 8Eight and Homme this year because he will join the army soon. He said, "I will only focus on establishing a solid foothold as a vocalist this year. My goal for this year is presenting my songs to as many people as possible".

"Lee Hyun: 'I Achieved My Dream as Vocalist'"
by HanCinema is licensed under a Creative Commons Attribution-Share Alike 3.0 Unported License.
Based on a work from this source