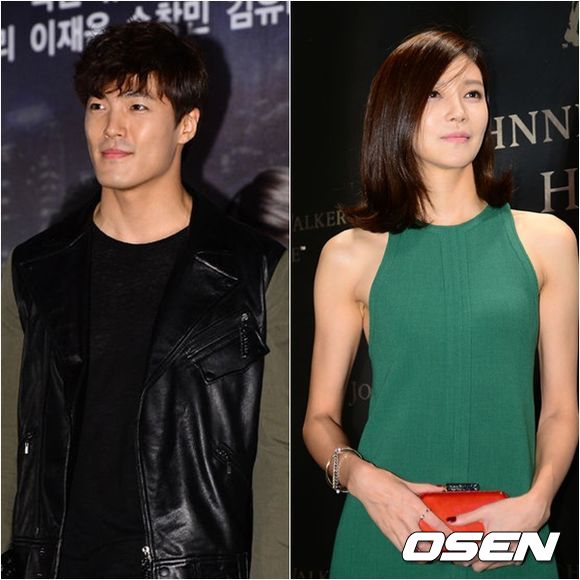 They are brother and sister to UEE out of 7 siblings. Lee Jae-yoon plays Man-won who live on an island with Baek-won and his grandmother while waiting for their father who went out to sea. He is a stubborn character who likes to put things to action as soon as he thinks something is right.

He is also a caring character who takes care of all the abandoned kids once Han-joo (Kim Sang-joong) is framed and sent to prison. He falls for Baek-won who he raised as a younger sibling but denies his feelings for her.

Cheon-won played by Cha Ye-ryun is a woman who comes in to live with Han-joo along with Baek-won after being miserable in poverty and abused by her father. She is smart and beautiful but for her desire to rid of poverty, seduces Do-yeong who loves Baek-won.

"Lee Jae-yoon and Cha Ye-ryun in "Golden Rainbow""
by HanCinema is licensed under a Creative Commons Attribution-Share Alike 3.0 Unported License.
Based on a work from this source