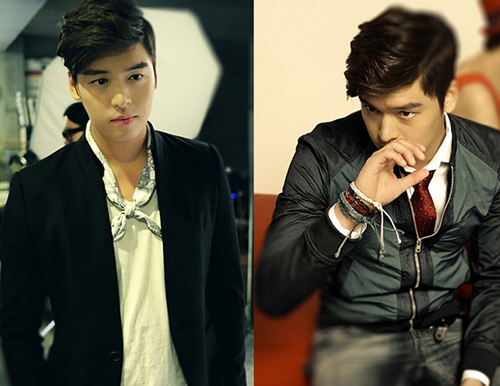 Pictures of Lee Jang-woo were taken from the poster shooting set for the new MBC drama "I Do, I Do".

In the picture, Lee Jang-woo is at the poster shoot with Kim Sun-ah, Park Gun-hyung, Im Soo-hyang and others. He is slimmer and leaner than before.

Lee Jang-woo takes on the role of Park Tae-kang who dreams of becoming a big shoe designer from a fake one and went through a massive weight loss to look like the passionate youth in his twenties.

Those who have seen this picture say, "I can't wait even more looking at the picture", "I am supporting you", "Lee Jang-woo is the next 'it'" and more.

"Lee Jang-woo loses 7 kg"
by HanCinema is licensed under a Creative Commons Attribution-Share Alike 3.0 Unported License.
Based on a work from this source