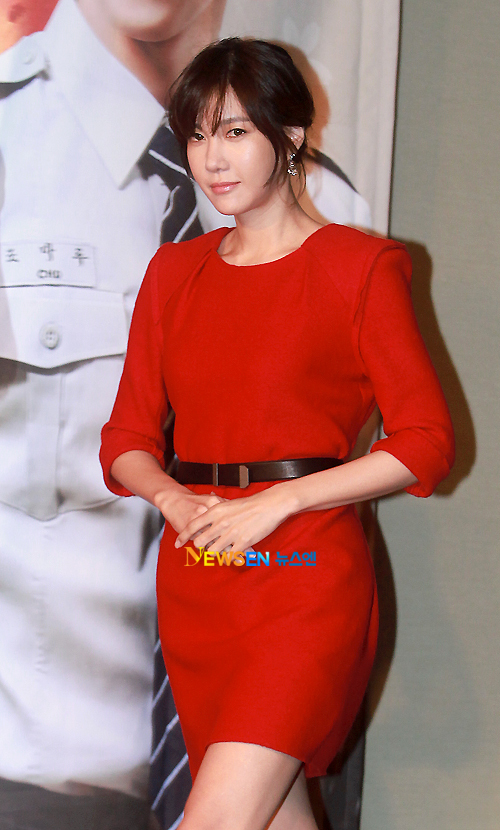 Lee Ji-ah who has come back for the first time in eight months made a comical statement.

MBC drama "Me Too, Flower!" held its press releasing event on the 31st in Seoul at the 63 building Convention Juniper Hall.

There was great issue when fact came out that Lee Ji-ah had been married to Seo Taiji but were going through divorce.

However, Lee Ji-ah explained, "I am glad to have gotten rid of my name, alien. Those who saw me again said that I looked, 'comfortable'". Lee Ji-ah has been maintaining her mysterious ways so far. Some even asked if she wasn't a vampire. She has now come out from all these speculations.

Meanwhile, "Me Too, Flower!" is written by Kim Do-woo from "My Name is Kim Sam-woon" and produced by PD Ko Dong-seon. Lee Ji-ah is an unruly policewoman and Yoon Si-yoon is the owner of a company who lives two lives. Coming soon on the 9th of November.

"Lee Ji-ah, "I'm glad to have gotten rid of ridiculous names""
by HanCinema is licensed under a Creative Commons Attribution-Share Alike 3.0 Unported License.
Based on a work from this source