Lee Ji-ah says did not use double for action sequences 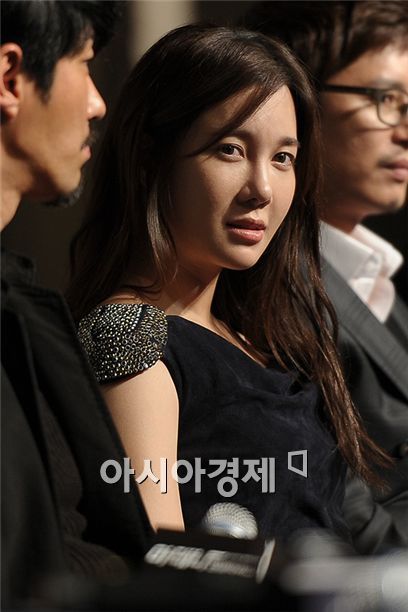 Korean actress Lee Ji-ah has said she has not used a body double for any of the action scenes in the upcoming SBS TV series "ATHENA" so far.

The remark came on Tuesday during a press conference for the action-packed drama which is a spin-off to last year's hit blockbuster series "IRIS" as she responded to a reporter's question on shooting her action sequences.

"I have always worked out regularly and my stunt double is on set with an extra set of my clothes but I wanted to do the [action] scenes myself", Lee explained, adding that she herself was not convinced she would be able to pull off the scenes at first but "let myself loose once the cameras started rolling, without thinking about the dangers involved".

She further said, "I was able to immerse myself into my role, even though I hit my head and got bruises all over my body, because shooting a drama in a different country like Italy which has such rich and deep history, is such a new experience".

Lee will play the role of Han Jae-hui, a special agent under the European branch of the national anti-terror services in the drama also starring Jung Woo-sung, Cha Seung-won and Soo Ae.

The action series was shot in various overseas locations such as Italy, Switzerland, Singapore and New Zealand.

"ATHENA", named after the Greek goddess of war strategy, will be about terrorist acts and threats against the Korean Peninsula and the whole world. Other cast members include actors Kim Min-jong and Choi Si-won of idol group Super Junior.

The series is set to premiere on December 12 after current Monday and Tuesday drama "Giant" finishes its run.

"Lee Ji-ah says did not use double for action sequences"
by HanCinema is licensed under a Creative Commons Attribution-Share Alike 3.0 Unported License.
Based on a work from this source