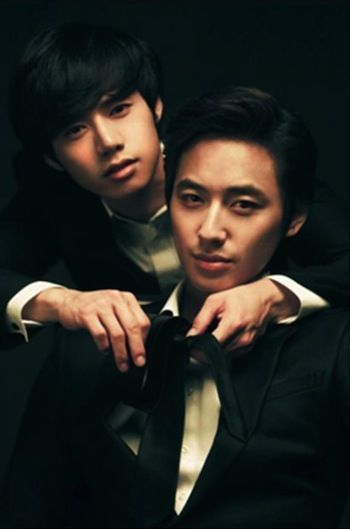 Korean actors Lee Ji-hoon and Oh Jong-hyeok have been cast in a musical production titled "Thrill Me", according to the show's producer Musical Heaven on Monday.

Lee will play the role of "he", a nineteen-year-old who believes he is above everyone else, while Oh will portray "I", who is from a wealthy family and has everything but takes part in a crime out of his distorted love for Lee's character.

"I feel like I am taking on a new genre because it is a musical but it's a two-person play that has strong theatrical elements", Lee was quoted as saying. "I will be completely absorbed in the character 'he' and show you a great performance on stage".

Oh also expressed his anticipation toward his new role, saying "I am very nervous and feel pressured as well... But I will concentrate on 'I' from the moment the show starts till the curtain goes down".

Lee, 31, debuted as a singer in October 1996 with the single "Why the Heaven". He has released six studio albums and one special album as a project group "S" with his close friends Kangta (of boy band H.O.T.) and Shin Hye-sung (of Shinhwa).

"Thille Me", which started its run on May 14 with six other actors, is based on a real-life homicide that occurred in Chicago in 1924.

Lee and Oh will start performing next month at The Stage theater in Seoul's Shinchon district. Further details about their schedule will be available on July 8.