Lee Jin-wook's relationship with Gong Hyo-jin, what does Go Soo and Ha Jung-woo have to do with anything? 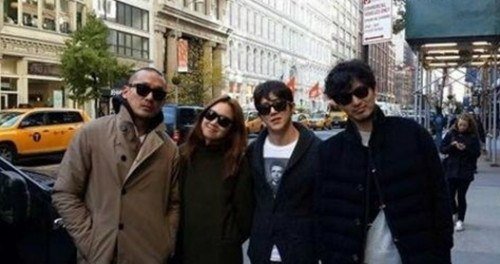 While the Lee Jin-wook look-alike is the hot issue these days, Lee Jin-wook and Gong Hyo-jin's relationship from the past has been brought back up.

The couple had admitted to seeing each other in earlier May.

Apparently the two people knew each other through work and gradually developed into a relationship. They were also seen in a picture with Go Soo and Ha Jung-woo in the 2013 CJ Group's New York Korean Night.

"Lee Jin-wook's relationship with Gong Hyo-jin, what does Go Soo and Ha Jung-woo have to do with anything?"
by HanCinema is licensed under a Creative Commons Attribution-Share Alike 3.0 Unported License.
Based on a work from this source