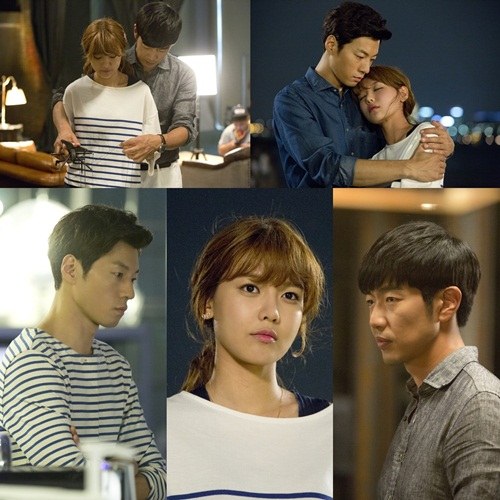 The three-way relationship between Lee Jong-hyuk, Choi Soo-young and Lee Chun-hee is getting deeper.

The thirteenth episode of the tvN drama "Love Manipulation: Cyrano" broadcasts a sweet back hug.

The still cut shows Seo Byeong-hoon wrapping Gong Min-yeong from the back as he's showing her how to play with dolls and Cha Seung-pyo who is hugging a drunk Gong Min-yeong softly under the moonlight.

Seo Byeong-hoon tries to push her away thinking it would do her better without him but is still concerned about her. Cha Seung-pyo on the other hand, confessed to her at first to provoke Seo Byeong-hoon but ended up really falling for her.

"Lee Jong-hyuk's back hug VS Lee Chun-hee's hug"
by HanCinema is licensed under a Creative Commons Attribution-Share Alike 3.0 Unported License.
Based on a work from this source