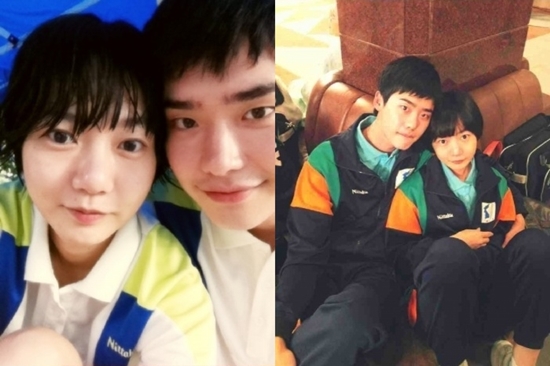 Jong-suk and Bae Doona have been seen looking very friendly.

Jong-suk posted pictures on his mini homepage on the 26th saying, "Now I found it! While filming the movie "As One" in the hot summer, with my beloved Doo-na. I am such a fan!"

The two filmed the movie "As One" which is about table tennis. It is based on the first North and South Korean victory story about the sweat, tears and conflict between the representative players.

Those who have seen the picture say, "You both are good looking", "Outstanding, the both of you", "Aren't you two so pretty? Like baby skin", "I love you", "So pretty" and more.

"Lee Jong-suk and Bae Doona take picture together"
by HanCinema is licensed under a Creative Commons Attribution-Share Alike 3.0 Unported License.
Based on a work from this source