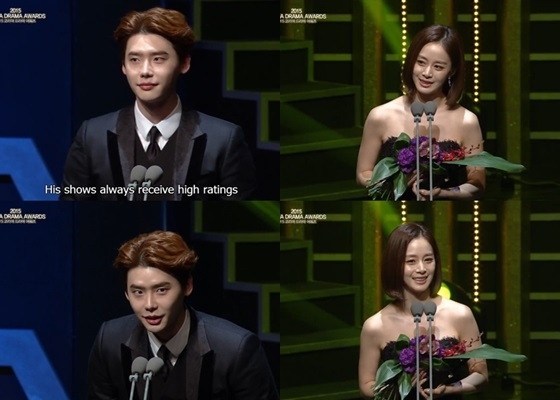 Lee Jong-suk said during the acceptance speech, "I'm happy to receive the award. I am thankful".

Kim Tae-hee also said, "I'm so happy and nervous because I get to receive an award in a long time. I'd like to share this honor with our staff members who worked hard day and night on the field".

The award ceremony was emceed by entertainer Oh Sang-jin and Girls' Generation Choi Soo-young. The event is Korea's largest drama award ceremony in terms of a single genre: dramas, including alll the dramas broadcast for the year through the three groundwave broadcasting companies, general service channels, cable channels and online platforms.