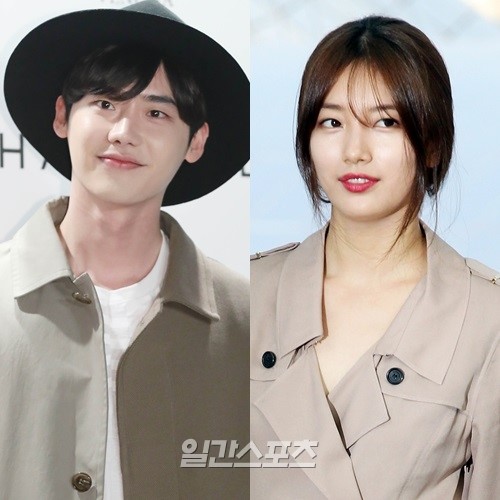 Popular stars Lee Jong-suk and Suzy will be acting together for the new drama, "While You Were Sleeping - 2017".

An official from Daily Sports revealed on November 13 that the two stars would be starring in writer Park Hye-ryeon's new story, "While You Were Sleeping - 2017".

Aside from it being her new story and that these two actors will be starring, there is limited information about this upcoming drama.

Lee Jong-suk and Suzy are both top class actors in their 20s. Although both started their careers in different fields, Lee Jong-suk modeling and Suzy as a singer, they have both ranked first in the "most wanted to cast" category.

Lee Jong-suk has known Park Hye-ryeon from his previous dramas, "I Hear Your Voice" and "Pinocchio". Lee also won the SBS Star Award with his outstanding performance in both these dramas.

Suzy met with Park through her first drama, "Dream High".

The drama will complete casting by the end of this year and begin filming in early 2017. They hope to air the drama by spring or summer of next year.

"Lee Jong-suk and Suzy to Star In Upcoming Drama "While You Were Sleeping - 2017" "
by HanCinema is licensed under a Creative Commons Attribution-Share Alike 3.0 Unported License.
Based on a work from this source